You are here: Home / Uncategorized / Dr. Karp’s First of the “Five S’s” 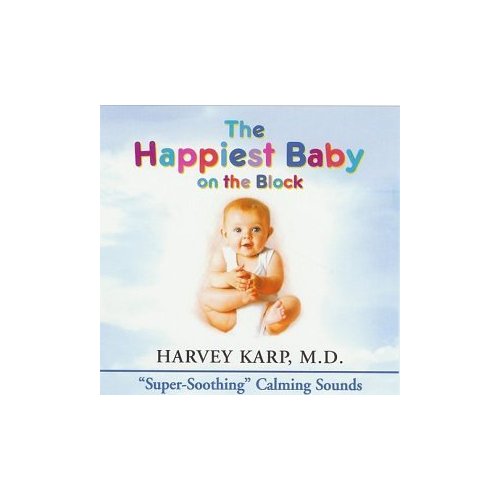 Throughout the month of February, we will be breaking down and discussing each one of Dr. Harvey Karp’s “Five S’s” for triggering the calming reflex in infants. For those of you who do not know, Dr. Karp is the author of The Happiest Baby on the Block. His book is an instructional guide for parents who are searching for the answer to the age old question, “How do I calm my crying baby and help them sleep longer?”

To begin, Dr. Karp shares the idea of the fourth trimester with parents and caregivers. Newborn humans are quite immature in comparison to, say, a newborn horse or giraffe. These wild animals can stand and walk within hours of being born. The newborn human in comparison, does not have to rely on the ability to move to survive, rather, they depend on the growth of their large human brain to survive. Dr. Karp explains that if humans were born at twelve months gestation rather than nine, they would be smiling, cooing, and flirting the day they were born. Unfortunately, giving birth to a twelve month old fetus would be impossible, and thus, humans need to re-create the womb environment during the fourth trimester (the first three months following birth) until the babies are more comfortable in the outside world.

By re-creating a womb-like environment for babies in the three months following their birth, parents can trigger the calming reflex. Dr. Karp calls this “nature’s brilliant off switch for your crying baby.” He goes on to explain that the sounds and sensations in the womb were specifically designed by Mother Nature to keep fetuses calm. The reason it is so important for fetuses to remain calm and comfortable within the womb is to prevent too much movement. If a fetus were to kick and punch in a tantrum-like fashion in the womb, they could potentially cause complications in the pregnancy such as damage to the placenta, a kink in the umbilical cord, or getting wedged in a position that would make delivery impossible. The best way to calm baby who is fussy, distraught, or in a tantrum-like mood, after they are born, is to recreate the sounds and sensations of the womb.

To create a womb-like environment for your baby, Dr. Karp developed what he calls The Five S’s. These are five techniques most commonly used by parents and caregivers across the world to calm their fussy babies. Dr. Karp stresses the use of these techniques in the order provided to effectively trigger the calming reflex. The Five S’s are:

Today we will be discussing the first “S”, which is swaddling. Swaddling is an ancient practice, used by millions of people across many cultures.

Why does swaddling work?

Babies, like all humans, will take several deep breaths every few minutes to bring more oxygen into their lungs. But with newborns, this deep breath often triggers a small startle reflex, making the arms jerk and flail out. Watch your sleeping baby: you’ll see somewhat irregular breathing, and will notice that sometimes he’ll startle, then return right back to quiet sleep. Other times, perhaps in a lighter sleep stage, he’ll startle, which will cause a second startle, and ultimately will startle himself awake and cry.

When babies are sleeping on their stomachs, they are less likely to startle themselves awake because the arms are tucked close to the body and don’t fly out and cause him to wake up. However, we certainly also know that this tummy-down position is not recommended as it places babies at a higher risk of SIDS. Young babies should not be placed to sleep on their stomachs. (Once they are able to move themselves around enough to pick a sleeping position, usually around six months or so, then it’s our job, as parents, to provide a safe sleep environment, and it’s the baby’s job to decide in what positions they prefer to sleep.)

When a baby is swaddled snug with the arms down, the startle reflex is muffled and far less disruptive, so they are more likely to stay asleep with each startle. Another reason babies wake themselves when their hands are loose, is because the hands are reflexively drawn to the baby’s face (hence all the little scratch marks there). Sometimes parents think “I don’t want to restrict his hands, he likes his hands” or “He needs to learn to self soothe and suck his fingers”. I agree – with caveats. For the young baby, hands are for playing, sucking and exploring – when awake. The early mouthing of the one or two month old of the fingers is generally more disruptive than self-soothing. That skill, sucking a thumb or particular finger combination for comfort, comes much later – maybe around 4 or 5 months. For the younger baby, the mouthing of the hands stimulates the rooting reflex and usually escalates into batting and beating his own face, which (you guessed it) wakes him up crying.

There are many products available on the market today that make swaddling a breeze, but PINK Newborn Services suggests using a simple, large (at least 36 in. x 36 in.), square, cotton blanket for swaddling in the first several weeks following birth. Using a large, square blanket allows for the tightest swaddle which will ensure sound sleep for the newborn. To swaddle using a regular blanket, follow these instructions:

For the swaddle to work effectively it needs to be VERY SNUG!

Wrapping too loosely – in order to achieve the calming benefits of swaddling for your newborn, they must be swaddled nice and snug! Remember, they just spent months in the womb where they were nice and snug and had very little wiggle room. To recreate the environment of the womb and to prevent startling movements of the baby’s arms and legs, they must be snug.

Letting the blanket touch baby’s cheek – if the blanket you use to swaddle your infant is placed high enough to where it can touch your baby’s cheek, they will not receive the calming effect of swaddling. Instead, the baby will feel the blanket touching their check which will trigger the baby’s rooting reflex. This reflex stimulates baby to look for food. When baby does not find food because they have been stimulated, not by a nipple, but by a blanket, they will likely become upset. To ensure baby’s rooting reflex is not mistakenly triggered by the blanket, be sure to swaddle just below baby’s shoulders.

Letting the blanket pop open – the best way to make sure this does not happen is to use a blanket that is large enough to wrap all the way around baby and tuck behind their back.

So there you have it, swaddling 101! Come back to our blog on Tuesdays throughout the month of February to learn the remaining “S’s” recommended by Dr. Harvey Karp for triggering your baby’s calming reflex.

Stay Up to Date

As baby experts at Pink, our studies show that not

FATHERS! You are the best! Happy Fathers Day! #fat

It’s very common for babies to spit up after fee

Transitioning out of the swaddle can be easy for s

•Looking for a stroller designed to hold more th

Mamas, hands up if you checked your little for bre

🦷Teeth vary in size, shape and their location i

This error message is only visible to WordPress admins